The Puy de Dome by train!

The Puy de Dome is a dormant volcano which is part of the Chaîne des Puys in the Massif Central.

The Chaîne des Puys, a range of 80 dormant volcanoes aligned over 40km on a north-south axis, became a listed site in 2000.

Puy is a local term used to describe the rounded summits of the ancient volcanoes.

The Puy de Dome peaks at 1.465m and is the highest volcano in the Chaîne des Puys.

Located 15km from the city of Clermont-Ferrand the capital of Auvergne, it has become the iconic image of the department to which he gave his name in 1791.

On a clear day the Puy de Dome’s summit boasts spectacular views over the Parc Naturel Régional des Volcans d’Auvergne with the whole range of the Chaîne des Puys, Monts Dore and Monts du Cantal, the Limousin, Les Combrailles and the Plateau de Millevaches to the west.

The eastern side allows a view of the city of Clermont-Ferrand and the Monts du Forez in the distance.

The summit of the Mont Blanc, the highest mountain in the Alps, is sometimes visible in the far east on a very clear day!

There are only two ways to get to the summit of the Puy de Dome!

The 350m long ascent via the Chemin des Muletiers takes about 50mn, but once at the summit you are rewarded with magnificent views over the Chain des Puys.

You can opt for a 15mn ride on the Panoramique des Dômes, a cogwheel train put into operation in 2012.

The train originates at the foot of the Puy de Dome and follows the old road.

The 89m high television relay antenna built on the top of the Puy de Dome in 1957 is visible for miles around.

It is located next to the Observatoire des Sciences de l’Univers.

This establishment built in 1986 and depending from the Blaise Pascal University in Clermont-Ferrand is equipped with a micro-physical and chemical advanced instrumentation.

Its purpose is to investigate the role of clouds and their composition in climate change and global warming.

It replaces the first meteorological observatory founded by Emile Alluard and inaugurated on August 22, 1876.

Vestiges of the Temple of Mercury

The exceptional size and location of the Puy de Dome made it an obvious choice for the construction of a huge temple dedicated to the god Mercury.

The construction work of the observatory uncovered the foundations of the Roman temple built during the 2nd century AD.

This Temple of Mercury was exceptionally large and stretched over 3600m2.

It was certainly one of the most important pilgrimage sanctuaries of the Roman Western Empire.

Its architecture was a successful blend of Gallo-Roman and Greek styles and was adapted to the declivity of the Puy de Dome.

Archaeological excavations suggest that it was built with local volcanic rock, that the walls were covered with marble and the roof made ​​of lead plates fixed on a wooden frame.

They also uncovered the foundations of a smaller temple built during the 1st century on the northern side of the Temple of Mercury.

This first temple was pulled down and its stones reused in the construction of the second temple.

Ancient texts from Pline the Elder refer to a colossal statue of Mercury financed by the Gallic tribe of the Arvernes and sculpted by the Greek sculptor Zenodorus.

Some believe that this statue once stood by the Temple of Mercury on the summit of the Puy de Dome, but no proof has even been found!

Pilgrims climbed the Temple of Mercury by taking the Chemin des Muletiers.

The path was a section of the Via Agrippa, the Roman road linking Lyon to Saintes on the Mediterranean coast.

The Chemin des Muletiers was bordered with annex religious buildings.

Excavations conducted between 1999 and 2003 uncovered the vestiges of a small agglomeration which developed in the Col de Ceyssat between the 1st and 3rd centuries.

The Col de Ceyssat culminates at 1078m and was the highest point of the Via Agrippa.

The small agglomeration was a sort of stopover village for pilgrims, the last stop before reaching the Temple of Mercury on the summit of the Puy de Dome.

The Temple of Mercury was orientated towards the East and was visible from each district of the ancient city of Augustonemetum (Clermont-Ferrand).

Today only ruins are left of this impressive temple. 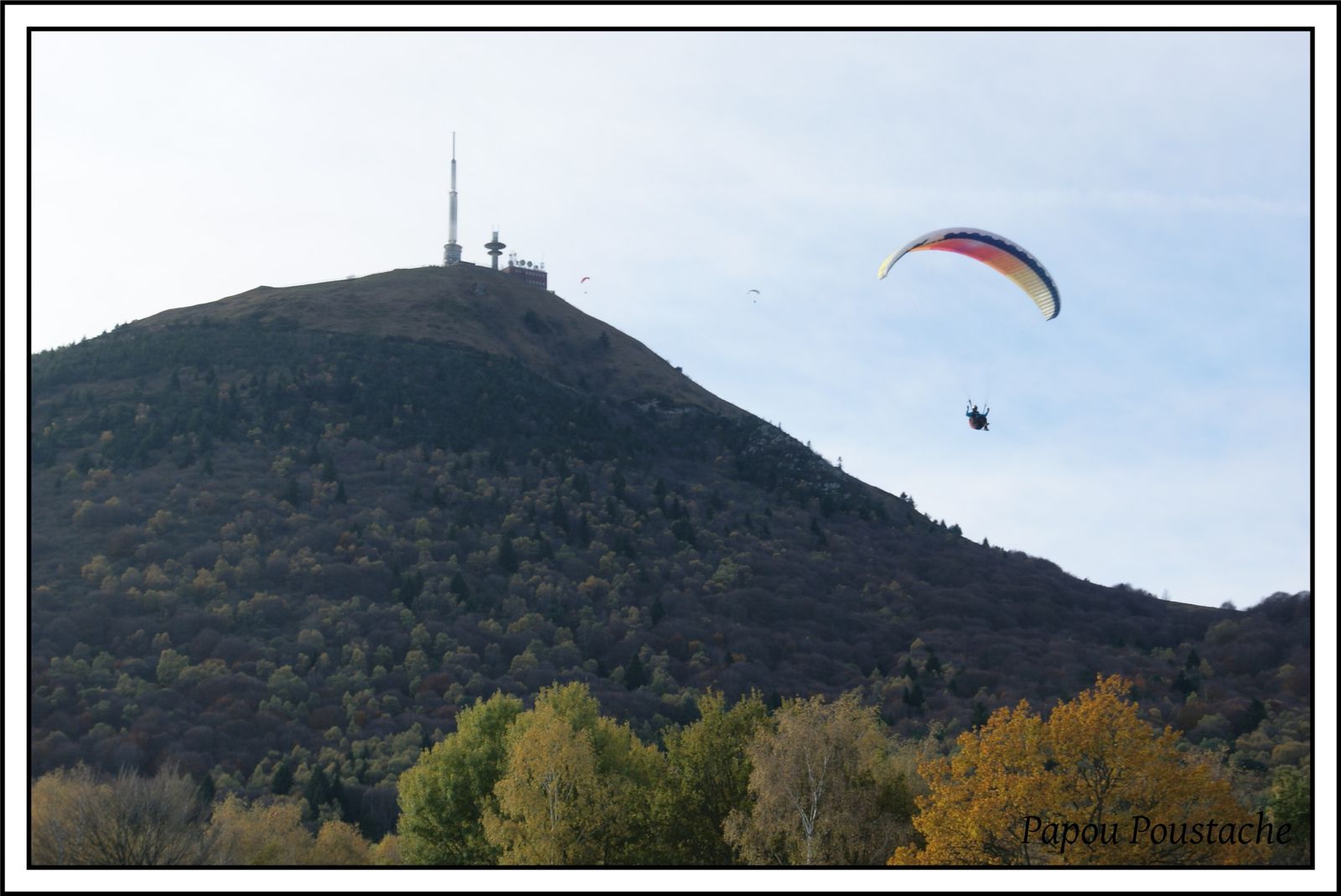 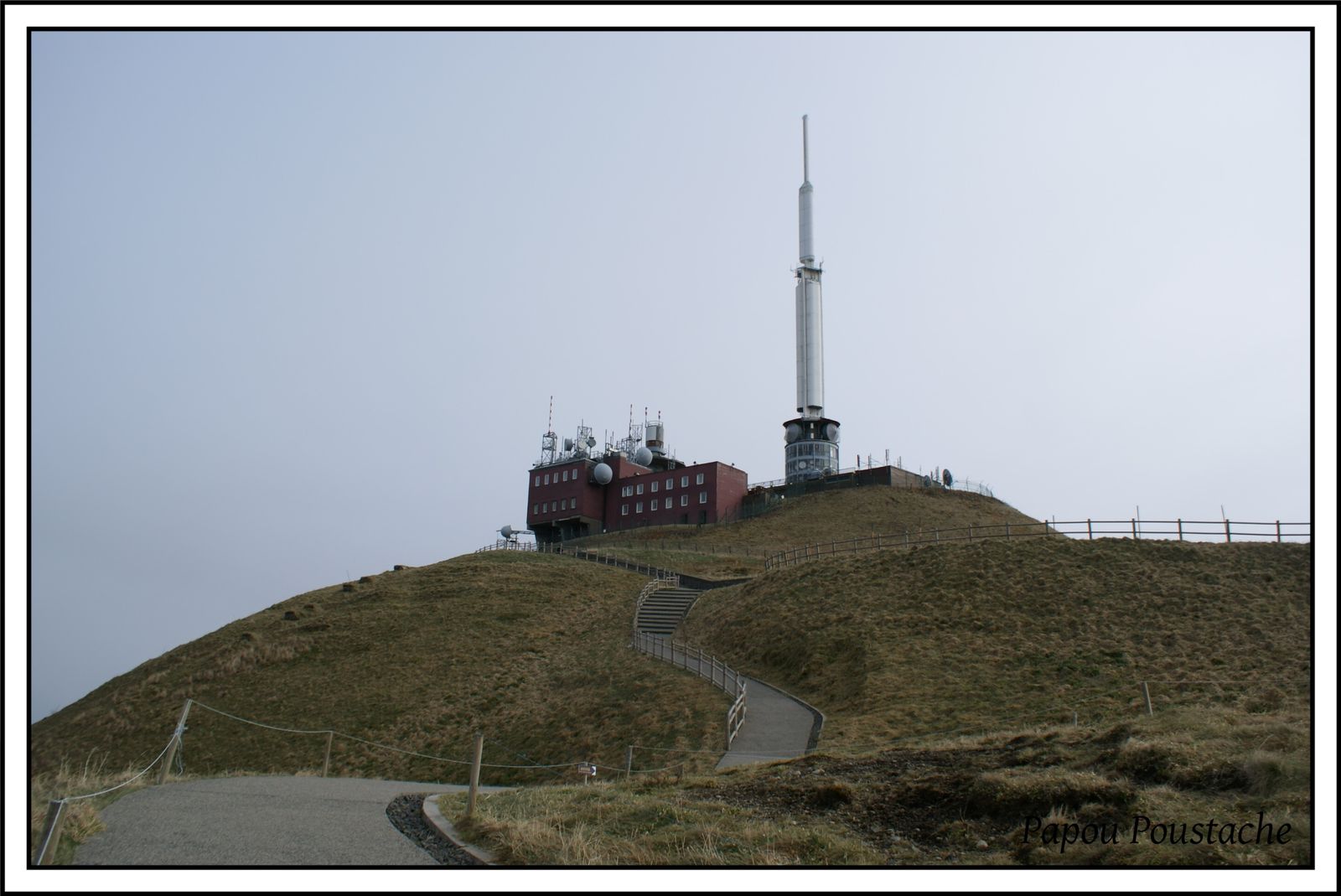 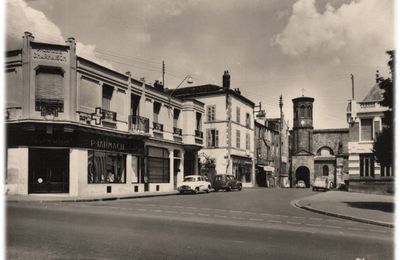