Le chateau de Billy is located in the department of Allier, about fifteen kilometers north of the city of Vichy.

The ruins of the imposing medieval fortress boasts stunning views over the valley of the Allier.

The origins of Chateau de Billy are uncertain but historians reckon that the fortress was built in the 12th century.

Billy enjoyed a prime strategic position, at the boundary with Auvergne, a powerful county which extended over part of the current department of Allier.

The Archambaud Family bought the chateau de Billy from Hughes Colombi to enlarge their Duchy of Bourbon or Bourbonnais.

This reinforced their position in the territorial struggle that opposed them to the powerful Counts of Auvergne.

They fortified the village and turned Billy into an impressive stronghold.

Billy has retained sections of ramparts and several towers and gateways which defended a vast ovoid enclosure.

The Archambaud made the Chateau de Billy the seat of their judicial administration, thus extending their influence and authority over 60 villages and 3 manors in the region.

Billy became one of the 17 former châtellenies (Lordships) of Bourbonnais between the 14th and 15th and thrived until the 16th century.

The decline of the Chateau de Billy began during the Wars of Religion when it was besieged by the Protestants led by Prince Condé.

The castle and the village were occupied for several months and the defense system severely damaged.

Billy soon lost his authority over the region as it has lost its judicial and defense purpose.

The Protestant Henri IV, once King of France, sold the fortress to replenish the State’s coffers which had been drained by the expensive Wars of Religion!

The Chateau de Billy passed from hand to hand for the next three centuries.

It was even converted into a jail until the French Revolution.

A superb illustration of military architecture

The castle and outbuildings fell into a slow phase of degradation that worsened during the 19th century due to lack of interest on the part of its owners.

Fortunately on May 17, 1921 the Chateau de Billy was listed as a Historical Monument despite its advanced state of ruins.

The perimeter wall was listed on December 9, 1929.

Best of all the commune of Billy bought the Chateau de Billy on August 28, 1963 and has since been able to restore the magnificent fortress.

The imposing medieval fortress is located in the centre of the village.

Châtelet – Main entrance to the castle

Perched on top of a hill rising 50m above ground level it boasts prime views over the valley of the Allier.

The castle and its inner courtyard are protected by a first rampart.

The outer courtyard of the castle is enclosed within a second perimeter wall.

The village unfolds below the fortress all around the hill.

Both enclosures are ovoid as they follow the gradient and contour of the hill.

The castle inner courtyard is about 50m long by 40m wide.

The fortress has retained six massive semi circular towers among which the imposing main gatehouse known as Châtelet.

It includes also an amazing hexagonal watchtower known as Guette overlooking the medieval village and streets that wind around the castle walls.

The walkway on top of the southern curtain will allow you to enjoy the magnificent views over the Valley of the Allier to the Monts d’Auvergne.

They collapsed over the centuries and their stones were probably reused for the construction of village houses.

The second enclosure is approximately 120m long by 100m wide.

One of six semi circular towers

Seven semi-circular towers can still be seen on this rampart.

They are interconnected by sections of wall that change shape in order to adjust to the steep terrain.

Some sections are straight, others curved or even jerky in places!

Billy has undergone some alterations and enlargements in the 14th century.

These include the alteration of the Châtelet gatehouse, the construction of a watchtower and the heightening of the main tower.

These work improved the fortress which is a perfect illustration of medieval military architecture.

The Chateau de Billy is open to the public between April and October. 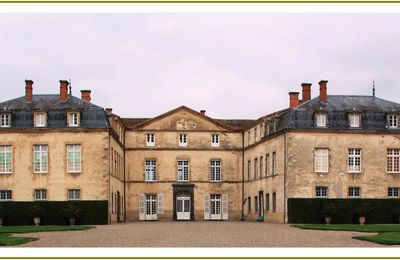